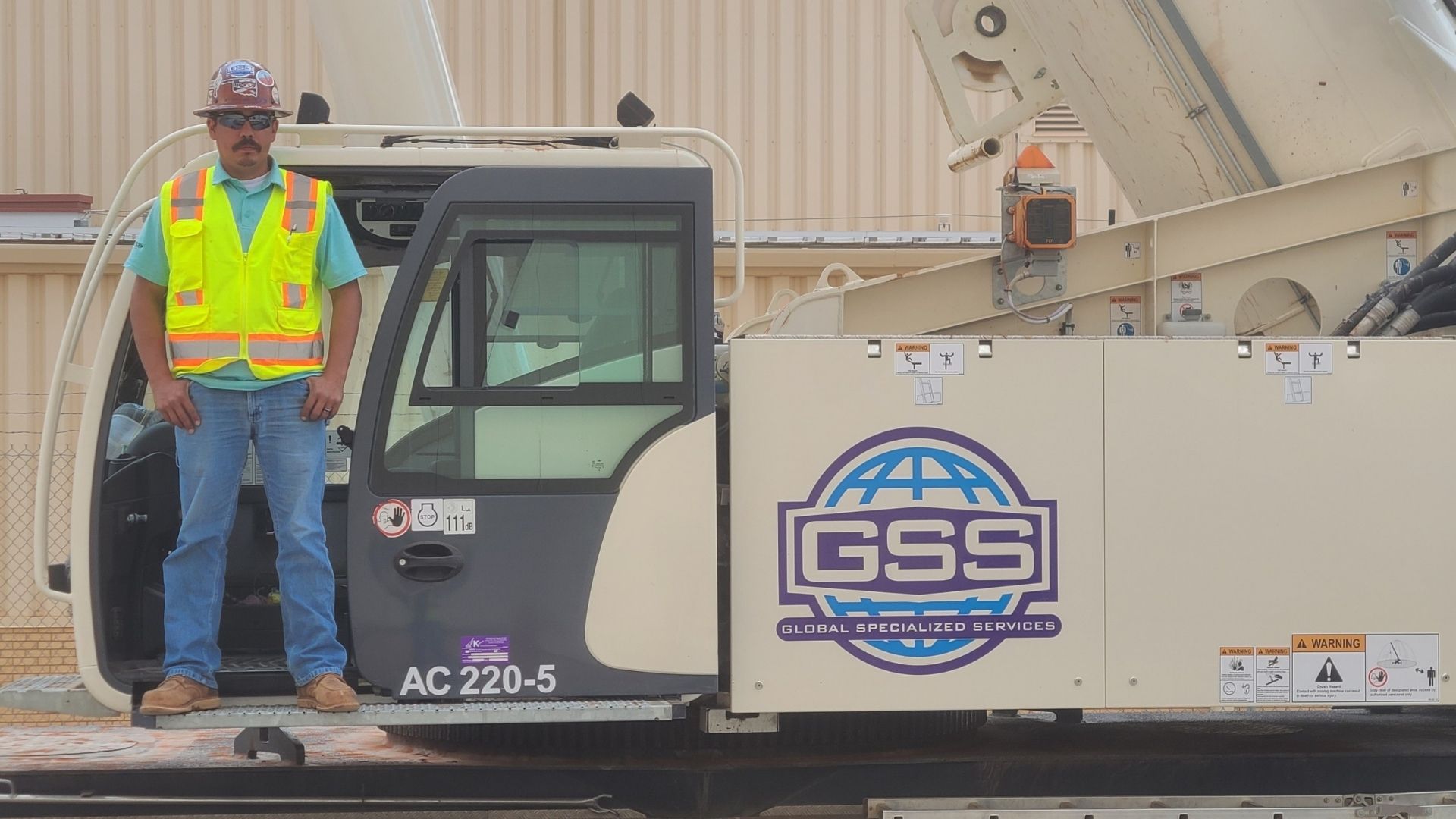 When working at TAKKION and any of its sister companies, it’s not just a job; it’s a career. It’s a chance to develop skills and climb the ladder of success until you reach the heights that you’ve always wanted to reach. It’s an opportunity to learn, to grow, and to better yourself, personally and professionally.

That’s exactly what Juan Hernandez has done, and it’s why he was recently named the Operations Manager of a GSS location in Oklahoma.

Juan has been working with GSS’ sister company, Transportation Partners & Logistics, for more than 6 years.

And in those 6 years, he has built a reputation as a reliable, innovative, motivated, hard-working natural born leader.

Before starting with TP&L, Juan worked in the oil field industry, working on various pipelines and compressor stations.

“After that last boom, I just decided I wasn’t going back to the oilfield,” Juan stated. “I was looking for a different path, a different career. And that’s how I started with TP&L. It’s been a long ride, but a really nice and comfortable ride.”

That ride began more than 6 years ago. Juan originally heard about TP&L through a temp employee agency who told him a company needed some general labor workers. He traveled to Garden City, Kansas where he was trained on offloading machine heads and hub trains, tower trains, and blades trains. He started working as a rigger, but then was asked to operate a forklift for a wind project. That was something he proved to excel at.

“I came back to Enid and stayed on the forklift,” Juan stated. “And from there, I went to a lead position; I was leading a crew on offloading trains and components off the trains, loading trucks, and running a crew.”

Following that, he began working as a foreman, helping to “run the yard.” He would be given directions from his superior and would direct his crew to make sure the trucks and trains were loading and offloading on schedule.

Following that, he worked as a foreman and then a site manager, traveling to various sites to ensure the quality of work met the standards of excellence that TP&L is known for.

“I’ve been on the road a lot and I started talking to our regional managers, Ryan and Paul,” Juan said. “I told them I was trying to be home a little more often, so they offered me this position and that’s how I got to where I am today.”

Today, Juan is the Operations Manager for the Enid, Oklahoma GSS site.

“What’s really exciting is that it’s a different work environment,” Juan said. “We’re trying to grow this company down here and, for me, the excitement is getting out there and being the face of the brand, of GSS and building customer relationships. And we’re starting with a small group of employees, but I’m setting a goal for myself that we’re going to expand this site to have 30 employees out here. So it’s exciting for me to challenge myself. I wake up and I say, ‘Okay, today we want to accomplish this.’”

Juan said that he believes the reason he was chosen for this position was because of his drive to succeed.

“One of the things I know about myself is that I’m self-motivated,” he revealed. “To be out there and go from place to place, you’ve gotta be motivated. If you don’t have that drive, you’re not gonna make it.”

But Juan has made it. And he’s excited to help others make it as well. That’s part of being a good boss; investing in your employees and helping them achieve greater things than even you, yourself, have accomplished.

That’s exactly what Juan’s bosses have done for him, and it’s what he does for his employees.

“It’s been a good experience,” he stated. “It’s made me grow a lot. I started as a temp, and to get to where I’m at and look back at what I’ve accomplished with the help of everybody in the company, and all of the trust and support that the company’s given me, it’s a big deal. I know Paul is really proud of me. Paul was the one that brought me up. He saw something in me and he’s the one that pushed me a lot. Even today, I had a conversation with him and he said ‘Keep pushing; give it all you’ve got. And one day, you’re gonna end up being higher than what you ever thought you could be.’”

Juan has climbed the ladder of success that was offered to him at TP&L and, now, GSS. And now that he’s on one of the top rungs, he’s reaching down to help pull others up with him.