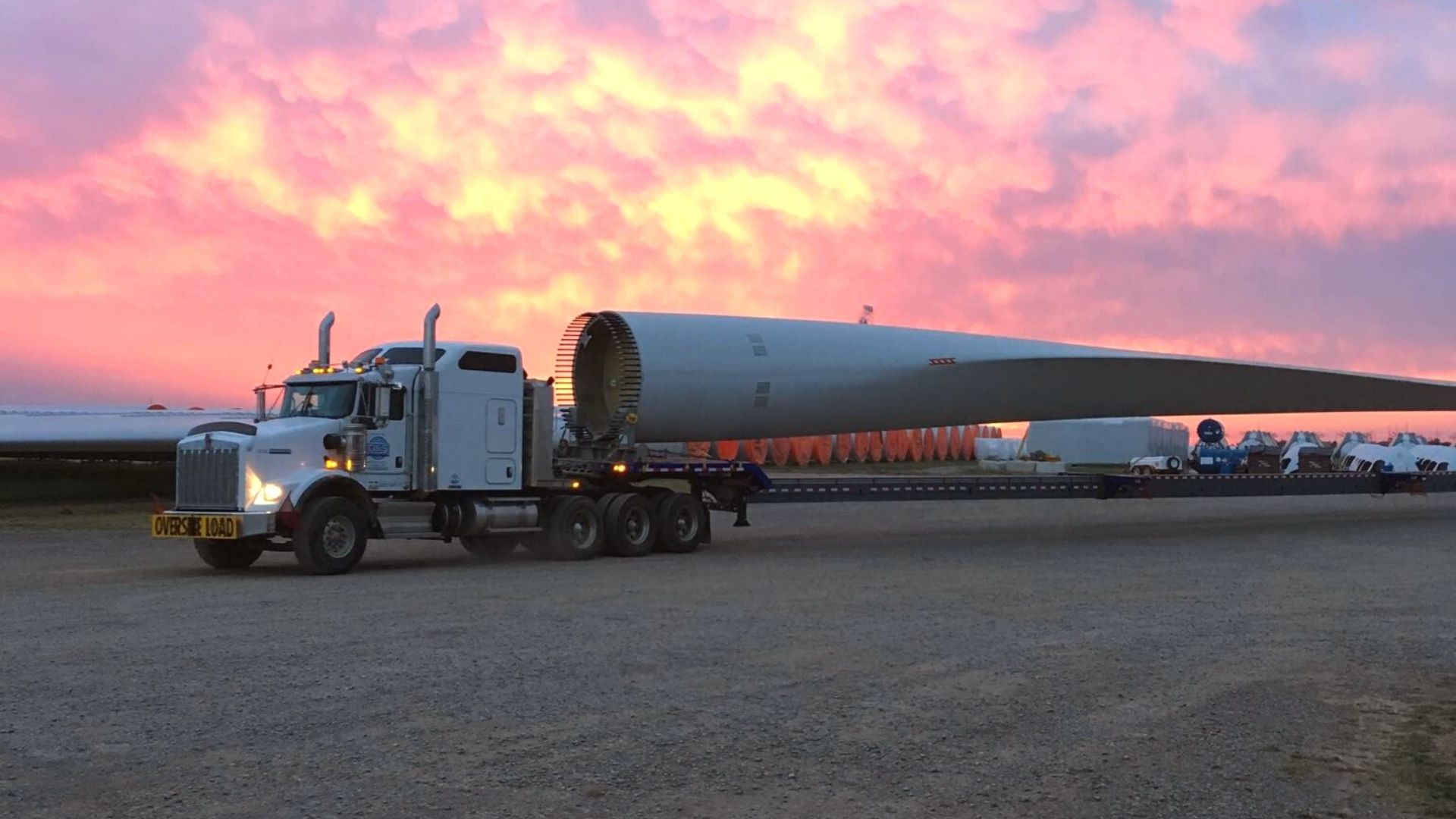 Global Specialized Services is proud to announce that we were awarded the opportunity to provide the transportation for the second half of a project located in central Montana. This project will be our first major project of the year, and it is scheduled to be completed in the first quarter of 2022.

This comes after GSS already worked on the first half of the project in 2021.

“At the end of the year, around November or December, the bid proposal came out and we were able to make a bid for the second half of this project,” said Dylan Wisroth, Operations Manager at GSS. “During the week of Christmas, as the year was coming to an end, we were given the award to go ahead and start planning our preparation for it. With the first part of this project, we weren’t the only company that contributed to it. There were so many components coming in at such a high volume, and there were multiple companies working on it. So, getting the award on the second part of it was honestly humbling. It was nice to know that we’re doing things right and that the customer felt that we were the right people for the job.”

At GSS, oversize and overweight loads are our specialty, and all of our drivers are experienced and extensively trained to safely transport all sorts of different cargo. This project consists of transporting 16 complete wind turbines to central Montana. It’s a big project, and it’s one that requires a lot of planning and logistics management.

“There’s a lot of time spent planning this project,” Wisroth stated. “Going into Montana in the winter, we knew we were going to come up against quite a few different obstacles and we wanted to ensure that we respect Montana and do it right. We’re also getting everybody spaced out and making sure that it’s communicated across all different levels with our different drivers. We’ve got 38 drivers moving on the road right now, just for this project alone.”

Before sending his drivers on the project, Wisroth made sure he knew the route forward and backward. He completed a route survey and drove the routes himself.

“I physically went up to Montana with the customer,” he said. “We ran 2,000 miles in two days to run routes. I was driving ‘til the wheels came off, but that kind of frontend work is what it takes to be really successful on a project of this size. Most of the routes have over 750 miles of transit, which is a very long haul that has many different turns and so many different obstacles that can happen along the way.”

That is the type of commitment that got GSS the bid, but it wasn’t the only thing that landed them the job.

“I think it came down to not only our relationship with the customer, but our relationship we have with Montana in general and the DOT (Department of Transportation) in this specific project,” Wisroth said. “There are not a lot of wind farms in Montana, so the relationship is kind of new when it comes to wind customers and the energy sector. So, I think that a big reason why we got the job is because we have such a great rapport. We get involved at the very front end of a project and, in the middle, they know that they can call us if there would ever be any issues.”

This project is a big project; one that’s employing roughly 120 people just on the GSS side. That doesn’t include pilot cars, site employees, and more. Driving this amount of wind turbines to Montana in winter is not an easy task, but it’s one that GSS is more than capable of taking on.

“I think it goes without saying, but we have a can-do-attitude,” Wisroth stated. “We’re very solution based. There’s not a problem that can come up that we’re not going to find a solution for. Instead of saying ‘I can’t do it,’ we just figure out a way to make things happen, safely and efficiently. It’s also the flexibility aspect. We’re always ready. Somebody could call us tomorrow and say they have another project and need us to start next week, and we would start the planning and hit the ground running to make it happen. We find solutions and I think that’s a big driver for why GSS gets the projects we do.”