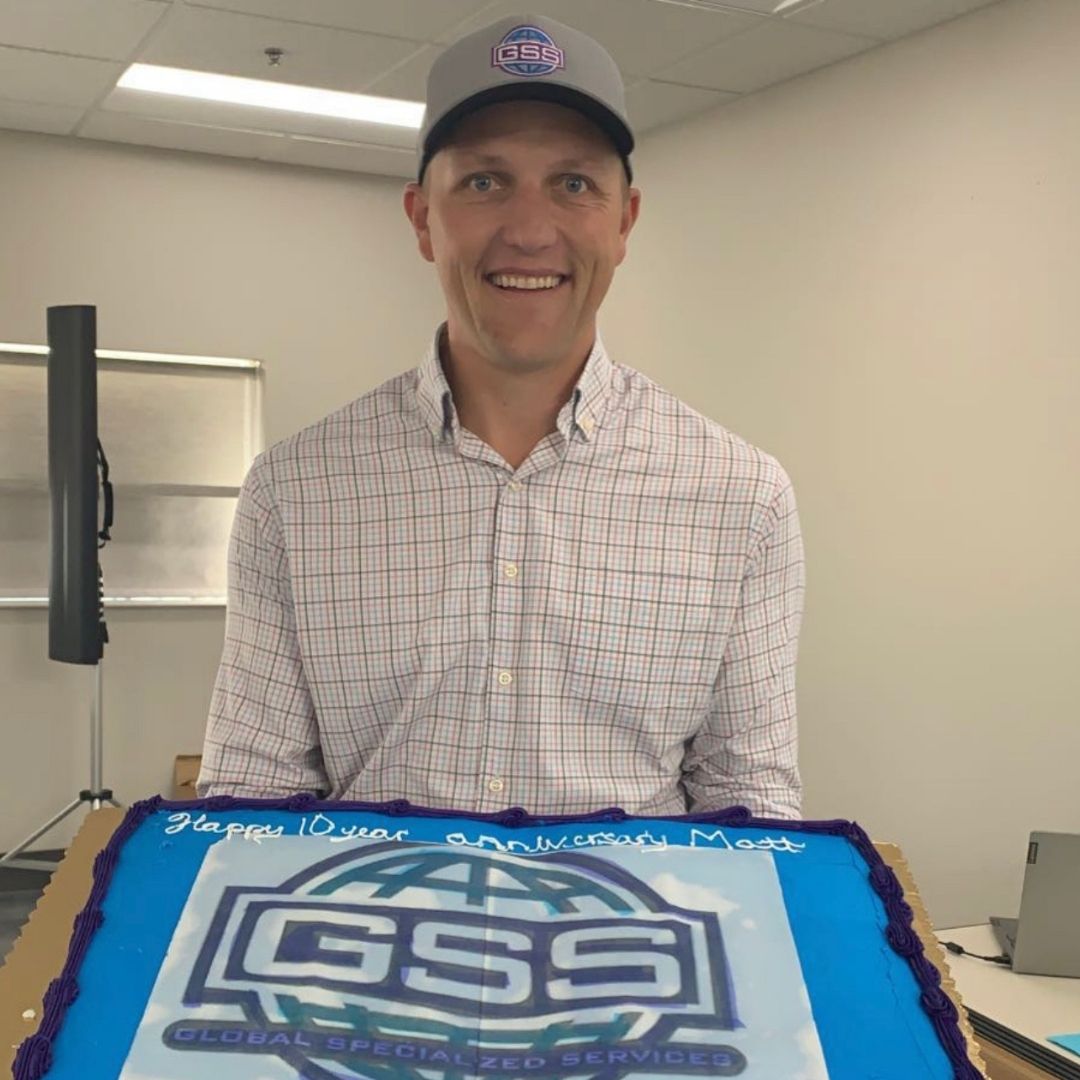 That’s exactly what Matt Orr did. Matt, along with his brother Justin, began working for Transportation Partners and Logistics in May of 2011. TP&L was the brainchild of his father, Jim Orr, and when Matt came aboard, he did so with the knowledge, skills, and experience that could have only come from already having spent years in the transportation business.

“My dad has been in the transportation business as long as I can remember,” Matt said. “He worked for a previous heavy haul transportation company for 23 years as the Operations Manager. So, I worked there and my brother worked there ever since they would let us. I started out as a mechanic in the shop, moved out to a pilot car driver, got my CDL and did some truck driving, and then I did a lot of project management work myself. We shipped out a lot of drag lines and that sort of thing, and that was how I got my background in the transportation industry.”

That background would serve him well, because a year after TP&L started, Jim brought his boys on board. This wasn’t a case of nepotism, however. Both Orr brothers knew the job backwards and forwards, and both were eager to bring it to the next level.

Jim Orr started TP&L because he saw the need for a laydown facility with rail access that was centrally located in the United States. So, they chose Garden City, Kansas as their location and started a company that included distribution services, transportation management, and product maintenance for port, rail, truck, and distribution centers.

Following the creation of TP&L, Global Specialized Services was added to provide wind energy transportation across the country. GSS specializes in heavy haul transportation for energy sectors, including wind, oil and gas, coal, natural gas, power plants, and more. They offer a taxi crane service, as well as project management.

Matt said that it just made sense to create a laydown facility with cranes. They already had the contracts. They already knew where loads were going and when they were going. So they might as well be the ones to deliver them.

“We had that background that most over transportation companies don’t have,” he added.

So once the inception of GSS was determined, it was up to Matt to get to work.

“We started off with one truck,” he said. “I was the driver. We had one trailer. And then we just slowly added equipment and personnel as we grew. At TP&L, I started off as a rigger. I had a lot of background experience in cranes and rigging, so it made sense. Then I got moved up to an offload foreman. Then I got my CCO, so I got a lot of crane experience. And then once we started GSS, I had a driver position, I was a crane operator. Basically, I did anything that was needed because we were limited personnel-wise, and it just made sense. Slowly but surely, we got the right people in and added more equipment, and then I moved in as the office manager as we continued to grow.”

And grow, they did. GSS has been in existence for ten years, and Matt Orr has been there for all of them. From driving the first truck, to where he is now, Orr said that the growth of GSS has been incredible, and it’s due solely to their employees and their customers.

“I think over the first year we got up to four trucks and four drivers,” Matt said. “I moved into the office as soon as we hired the drivers and other personnel. We added two cranes within the first year, and now we have seven cranes total. On the transportation side, we’re doing entire wind farm projects in-house, and it’s just great to see.”

Recently, GSS added a second yard in Enid, Oklahoma. Matt said that, in ten more years, he hopes to have ten more locations. And, he said, the success that both TP&L and GSS have achieved is due to the people who work there – from the drivers, to the crane operators, the project managers, the technicians and more.

“They’re the ones that really make everything successful,” Matt affirmed. “They’re the ones out there doing the jobs. And we hear that from our customers. We hear that our communication is great. Our people working with them are great. Everything we’re doing on the project management side has really grown over the last couple of years, as we’ve gained more projects and learned more lessons. Our people are everything.”

And if there’s one lesson that Matt Orr has learned over the last 10 years, it’s this: Your people are what make you successful. Investing in them, teaching them, even learning from them ensures a successful company. Both TP&L and GSS are successful and, according to Matt, it’s solely because of the people who work there.

He should know. He’s been there from the beginning. 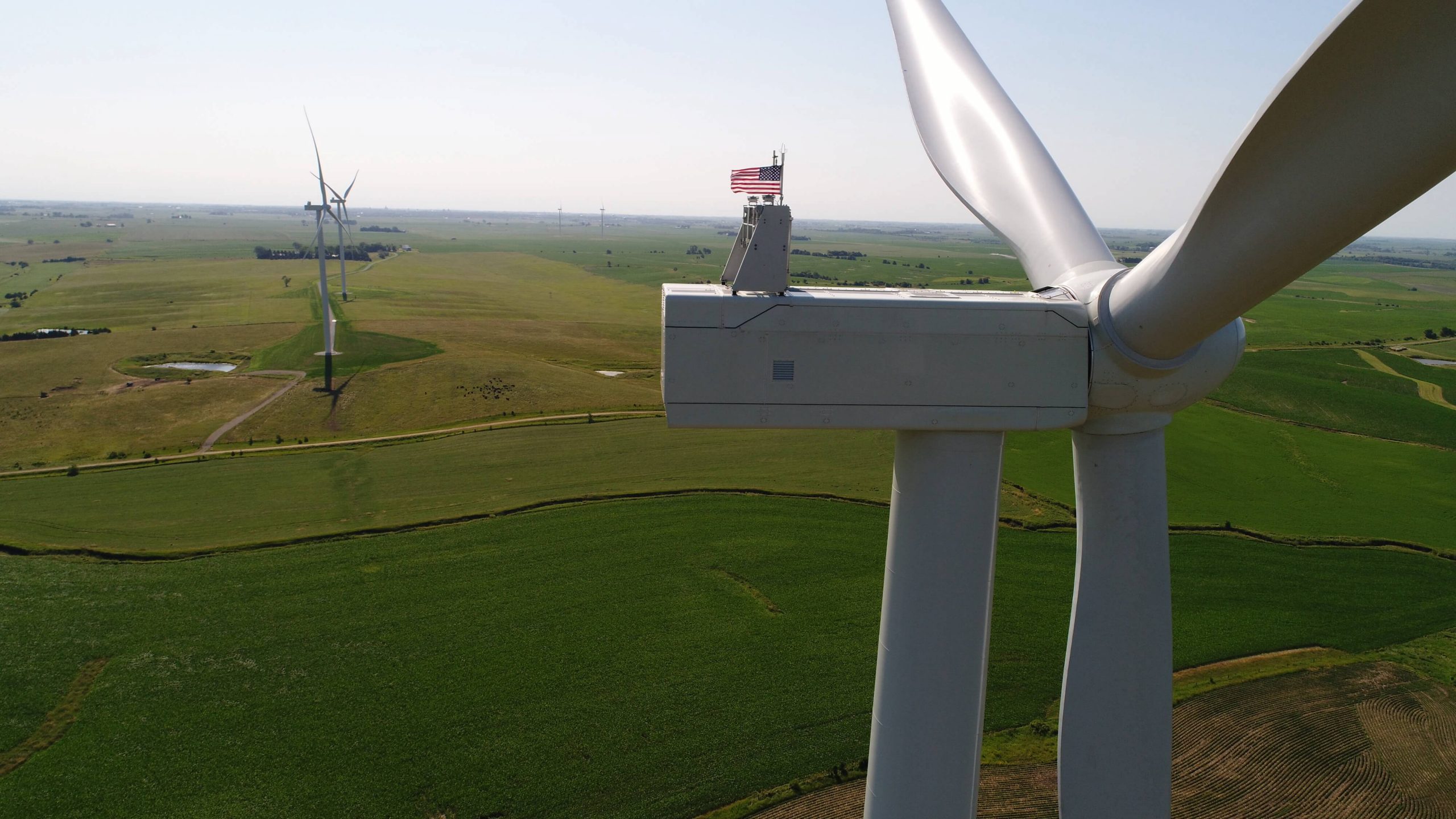 DALLAS, Texas, May 3, 2022  — TAKKION TP&L Holdings LLC (“TAKKION” or the “Company”), a portfolio company of funds managed by affiliates of Apollo Global Management, Inc. (NYSE: APO) (together with its consolidated subsidiaries, “Apollo”) today announced that it has acquired Broomfield, CO-based Harvest Energy Services, LLC (“Harvest”). Harvest is an independent services provider of operations and maintenance (“O&M”) solutions to the renewable energy industry.

TAKKION is a premier independent services provider supporting the energy transition. The acquisition of Harvest demonstrates the continued expansion of TAKKION’s capabilities in long-term O&M solutions for renewable energy markets. Harvest is TAKKION’s third significant acquisition in less than 18 months and expands TAKKION’s scale and capabilities in the wind services market.

“We are ecstatic to welcome Harvest to TAKKION. Harvest has a long history of performance and we are fortunate to incorporate the expertise of its employees into our businesses. We see compelling opportunities to expand the already market-leading scope of TAKKION’s services, leveraging Harvest’s skills and equipment. The acquisition of Harvest furthers our goal to be the strongest partner to companies across the renewable energy industry.” said Jim Orr, CEO of TAKKION.

TAKKION is a premier independent service provider of logistics, O&M, and technical repair and remanufacturing services to the renewable energy industry. With the industry’s largest network of people and assets across North America, TAKKION is uniquely positioned to support and optimize the growth and lifecycle of renewable energy. Our brands TP&L, GSS, RENEW, and AIRWAY SERVICES work together seamlessly to deliver quality, performance, and efficiency for our customers. We live by our core values of safety, integrity, transparency, and putting our people & customers first. To learn more about how TAKKION is Moving Energy Forward, visit www.TAKKION.com/

Apollo is a global, high-growth alternative asset manager. In our asset management business, we seek to provide our clients excess return at every point along the risk-reward spectrum from investment grade to private equity with a focus on three business strategies: yield, hybrid, and equity. For more than three decades, our investing expertise across our fully integrated platform has served the financial return needs of our clients and provided businesses with innovative capital solutions for growth. Through Athene, our retirement services business, we specialize in helping clients achieve financial security by providing a suite of retirement savings products and acting as a solutions provider to institutions. Our patient, creative, and knowledgeable approach to investing aligns our clients, businesses we invest in, our employees, and the communities we impact, to expand opportunity and achieve positive outcomes. As of December 31, 2021, Apollo had approximately $498 billion of assets under management. To learn more, please visit www.apollo.com.